The Fairey Seals of the Peruvian Air Corps 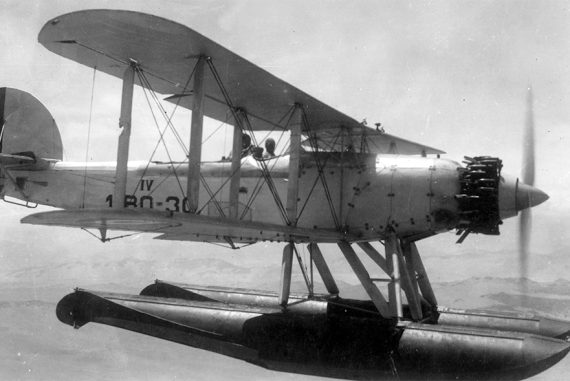 Early in 1933, Peru maintained an undeclared conflict with the Republic of Colombia unleashed by the occupation – and later reclaim- by Peruvian militias of the border towns of Leticia and Tarapacá during the early hours of September 1st 1932. Those populated centers had been given to Colombia under the conditions established in the Solomon-Lozano Treaty which was signed by both governments in 1922 and ratified in 1927, which also included the transfer to Colombian sovereignty of the territories located in between the Caquetá and Putumayo rivers as well as a special territorial area located between the Putumayo and the Amazon denominated as the Trapecio Amazónico (Amazonic Trapeze) which gave the Colombians access to navigate the Amazon river. Colombia, however, was able to launch a successful re-equipment process and, in the case of its Aviación Militar –or military aviation- made important acquisitions in the United States and Germany, which turned it into a real threat to the Peruvian forces in the Amazon region. Determined, the Colombians were able, within a few months, to gather enough forces to form a military expedition aimed at dislodging the Peruvian forces occupying Tarapacá and Leticia. In the meantime, news of the Colombian rearming process caused concern among the Peruvian government, especially since bureaucracy and internal political struggles had managed to delay the re-equipment process of its armed forces.

A very urgent equipment purchase, funded with money raised through a National Collect, was launched in November 1932 allowing the acquisition of much needed reinforcements, which materialized in the form of six Douglas O-38P observation and attack biplanes, and a trio of Curtiss Model 35A Hawk II biplane fighters. These purchases, however, proved to be insufficient to face the numerical superiority achieved by the Colombians at time, forcing the Peruvian government to appeal to the external indebtedness in order to acquire the aircraft required to challenge the Colombian numbers. This new rearming process was launched in March 1933 and led the Cuerpo de Aviación del Perú -CAP- (Peruvian Aviation Corps) towards the European manufacturers in the quest for high performance machines, evaluating offers from French, Italian and English companies.

On May 25, 1933 a ceasefire between the two countries came into effect, arranged under the auspices of the League of Nations. This measure had a one-year term during which a special commission of the League would review the case and, after a 12-month period, decide on which country had the rightful claims over the disputed territories1. This pause in operations, however, provided the CAP with a much-needed time, during which it was able to “lick its wounds” and, at the same time, launch a rearming process in the event of a renewal of hostilities with Colombia, highly probable if the judgment of the League of Nations Commission was contrary to Peruvian interests.

According to the Plan General de Adquisiciones -or General Acquisitions Plan2 – for the 1933-1936 period, in order to counter Colombian purchases, the CAP required a total of 156 units, enough to equip a total of 19 squadrons, 12 of which were to be observation and attack, while the remaining 7 would be fighters. This material was intended to complement and replace that existing at the time of the cease-fire with Colombia. With the aim to evaluate the aircraft offered by the different suppliers the CAP´s Comité Técnico de Adquisiciones3 sent various commissions with the aim to, among others, review the characteristics of the aircraft available in the market not to be inferior to those already in operations or being acquired by the Colombians.

The Fairey Seal was a reconnaissance, light attack and naval fire direction aircraft derived from the Fairey IIIF biplane and powered by the 525hp (392 kW) Panther IIA radial engine. The Seal inherited many features of the IIIF, like its metal fuselage frame and wings, the later equipped with automatic Handley Page slots as well as Fairey-type flaps but, unlike its RAF brother, the Gordon, the Seal was optimized for use by Fleet Air Arm and featured a number of characteristics proper to naval aircraft which included:

The officers in charge of testing the type in March 1933, were impressed by its performance and docile handling and, shortly after, on April 12, the CAP issued Fairey Aircraft Ltd. with an order for six aircraft6 powered with a 550hp Panther IIA radial engine and FN30 machine guns, for a total amount of 1’303,000.00 Soles de Oro7. Since there was already an established production line for these aircraft the company promised to deliver the order quickly and the first three machines left the Fairey assembly line in Hayes during the month of May of 1933. After completing the trials, these aircraft were disassembled, stored in crates and loaded in a steamer bound to Callao, in Lima, where they arrived on June 4 of that same year. The remaining aircraft followed shortly after, being delivered in Lima on July 11 of that year.

According to the pilots who flew them, the Seal was an airplane with gentle controls and adequate performance. Carlos Martínez de Pinillos, who in 1929 made a long-distance flight across the American continent, in his memoirs indicated that the cabin of the aircraft was rather spartan and was not provided with very advanced flight instrumentation. Its flight characteristics, however, were more than adequate and its maintenance simple.

In July 1933 a trio of Seals, identified with correlative serials 2-O-41 to 2-O-43, were assigned under the command of the Segunda Escuadrilla de Observación (Second Observation Escadrille) and deployed to Ancon seaplane base, located 25 miles north of Lima. This unit, however, had a short operational life, and it was disbanded in October 1935 only to be replaced by the Primer Escuadrón de Bombardeo y Observación (First Bombardment and Observation Squadron), unit subordinated to the III Escuadrón de Aviación (III Aviation Squadron, III EA) with a strength of six Seals, identified with serials III/1-BO-1C to III/1-BO-6C. Shortly afterwards, however, and after the reorganization process of military aviation launched in October 1936, III EA functions and units were taken over by the newly activated IV Escuadrón de Aviación.  With these changes the CAP Seal fleet serials were also altered with the unit prefix changing from III to IV and thus becoming IV/1-BO-1C to IV/1-BO-6C.

In June 1939 the CGA launched yet another reorganization process, which disbanded all its existing Air Squadrons replacing them with new, more efficient and effective operative units called Grupos Aéreos (Air Groups), each composed by a number of squadrons. Accordingly, the Tercer Grupo Aéreo (Third Air Group), with headquarters in Ancón, was established by the XXXII Maritime Information Squadron as an operational unit.  This dedicated maritime reconnaissance unit was composed by four squadrons as follows:

The days of the Seal in front line service, however, were numbered. By the end of April of 1940, the CGA ordered the disbandment of the EIM 84 and reassigned the Seals and O-38Ps under the command of the Escuela de Aviación Militar (Military Aviation School, EAM) at Las Palmas airfield to serve as trainers.

Prior to their assignment to the EAM, former 84 EIM aircraft were sent to the Caproni factory works at Las Palmas where they underwent inspection and repair on their airframes. There, a pair of Seal airframes were converted to dual command with the adoption of redundant controls and a windshield for the instructor. In addition, all naval-related equipment such as flotation systems was removed to reduce overall weight. At the end of August and after completing the work, these aircraft were assigned to the Primer Escuadrón de Instrucción with correlative serials I-3-1 to I-3-5. A sixth Seal, however, was unable to join the unit as it was written-off at Villa auxiliary airfield during a test flight shortly after completing its overhaul in September of 1940.

The arrival of the United States Military Mission at the end of 1941 marked the launch of a new reorganization process for the CAP structure, which led to the disbandment of the Primer Escuadrón de Instrucción and its replacement by a new unit called 28 Escuadrón de Instrucción (28 Instruction Squadron, 28 EI). In the meantime, the surviving Seals continued to soldier on with that unit, serving in the navigation and bombing training role with the squadron’s fourth section, carrying the correlative serials 28-4-12 to 28-4-16. Operational incidents marked this second stage of the Seal in service with Peruvian military aviation. In September 1943, fourth year Cadet Sologuren was involved in an incident while at the controls of the Seal 28-4-16, which crash landed at Villa auxiliary field, near Las Palmas, with the aircraft being written-off. The same location saw another incident shortly after, when another student caused heavy damage to Seal serial 28-4-13 after he miscalculated his landing approach. Fortunately, in both cases the pilots were unharmed.

After more than ten years of service with Peruvian military aviation, in early 1944 the recently created Ministerio de Aeronáutica (Aeronautics Ministry, MA) decided to withdraw the surviving Seals from active service. After being stored for a few months pending their disposal, the large and gracile Fairey biplanes were finally scrapped during the first months of 1945.