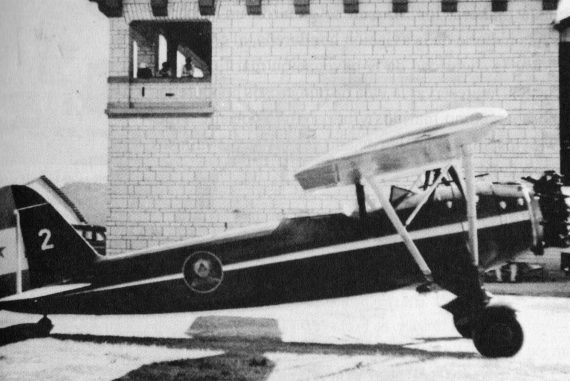 Latin America’s military contribution to the Allied cause in the Second World War is fairly well known by the brave exploits of the Brazilian and Mexican P-47 units in Italy and the Philippines, respectively. But the proximate cause of most Latin American nations’ declaration of war (aside from the allure of the Lend-Lease program), was German submarine warfare in the Caribbean basin. Kriegsmarine U-Boats were not entirely indiscriminate in their attacks; nevertheless, many neutral merchant ships were sunk in the attempt to interdict petroleum and other raw materials destined for British and American factories and forces.

While the American government saw the anti-submarine campaign in the Caribbean as a backwater (albeit a potentially important one), Latin American nations saw the submarine attacks as a matter of national pride as well as a life and death issue for their merchant seamen. Therefore, in the early years of the war, Mexico and other nations on the Caribbean seaboard made fairly strident efforts to combat the U-Boats. As a result, some rather unlikely aircraft ended up being adapted for anti-submarine patrol and attack. While it would be very easy to assess their success as limited, success in anti-submarine warfare must be judged not in terms of U-Boats sunk, but in the number of attacks which were deterred by the mere presence of aircraft in the U-Boats’ patrol area. In those terms, the Latin American anti-submarine program must be judged at least a partial success.

Although the United States’ forces had begun to rebuild in 1939 and 1940, when the anti-submarine campaign began in earnest, the aircraft that were available in the Caribbean area to combat the U-Boats there were largely obsolescent, and not specifically designed for over water patrol and submarine attack. Nonetheless, some of them gave sterling service in the first year of the campaign. While the Douglas B-18 series became relatively well-known as ASW aircraft, and the Consolidated PBY was perhaps the premiere ASW aircraft of the war, some more surprising participants in the campaign in 1941-42 included the North American O-47A and O-47B. Designed in the mid-1930s during the last gasp of the heavy, multi-crew observation series, the O-47 was an anachronism as an observation plane by the time they entered service.

Nevertheless, 164 ‘A’ models were built in 1937, and 74 O-47Bs, with more powerful engines and other minor improvements, were delivered in 1939. Most saw service with Air National Guard observation squadrons before the U.S. entry into the war. When the U.S. declared war on the Axis powers at the end of 1941, 13 O-47As were serving in the Panama Canal Zone, and three more had arrived in Puerto Rico. Eighteen O-47As and three O-47Bs came into the Canal Zone in early 1942 with the 72nd Observation Group. They were used for some time for “in-shore” ASW patrols, before being relegated to utility tasks such as target towing for the remainder of the war.

Even more surprising in the ASW role is the Curtiss O-52 Owl. Although designed to an earlier formula than the O-47, the Owl actually came along a little later, 203 being built starting in 1941. Although most references simplify the O-52’s history by stating that they saw no combat and served only as trainers, Owls in fact saw combat use on at least two widely separated fronts. A small number were shipped to Russia under the Lend-Lease program where they saw combat in their designed role on the Eastern Front. More to the point of this article, ten served with the 2nd Reconnaissance Squadron in the Caribbean, where they were used like their O-47 brethren, in the in-shore patrol role from Losey Field, Puerto Rico and Waller Field, Trinidad. Again like the O-47, the Owls served as trainers and hacks after the submarine crisis eased up until the end of 1944.

If the rich and powerful United States of America was using O-47s and O-52s to patrol the Caribbean, imagine what equipment the Latin American crews were forced to take into combat to fight the U-Boat menace! One of the rarest and most unusual types to see operational service in World War II was the Stinson Model O. The Model O was designed specifically for the Fuerza Aérea Hondureña (Honduran Air Force) -FAH- as an armed trainer capable of doing counter-insurgency work. The prototype first flew in 1933, after only a few weeks work adapting the proven wing and tail of the popular SR Reliant series of civil light planes to a new fuselage and 220-horsepower Lycoming R-680-4 engine. Honduras ordered three aircraft, which were armed with two forward firing, fixed machine guns, a flexible gun in a dorsal mounting, and an A-3 bomb rack under the fuselage. All three Model Os survived into the 1940s and received the standard Honduran paint scheme of dark blue and silver with the Honduran coat of arms on the fuselage.

When the need arose to conduct anti-submarine patrols, the FAH turned to the three Model Os as the most capable aircraft to perform the duty. On 3 August 1942, one of the Model Os failed to return from a patrol. No sign of the airplane or its crew was ever found. Speculation continues that the tiny patrol monoplane may have been shot down by a U-Boat that elected to fight on the surface (a not unheard-of tactic at the time, especially against single, small aircraft).

Another unusual aircraft usually thought of as only an obsolete trainer by the Second World War, was the Douglas O-38E. Although a fair number of these 1933 vintage observation biplanes survived as trainer and target tugs in US service, the sole combat use came as ASW patrol planes in the unlikely nation of Haiti! The Corps d’Aviation d’Garde d’Haiti (Haitian Guard Aviation Corps) received six rather ancient O-38Es under the Lend-Lease Program in 1942. Although the US intended the O-38s to be used as trainers, the Haitians had other ideas and quickly instituted an anti-submarine patrol, cannibalizing some of the O-38s in an attempt to keep at least three combat ready. Surprisingly, the Haitians managed to keep their ASW patrol going through 1942, with no losses, and kept their O-38s in service until 1948. There is no record I have found of submarine attacks by the Haitians.

Further south, off the Brazilian coast, the menace came at first from Italian submarines based in Bordeaux, France. The then neutral Brazilians mounted anti-submarine patrols on North American NA-44 trainers and old Vought V-65 Corsairs. The first actual Brazilian attack against a submarine came on 22 May 1942 when a Brazilian B-25, crewed by two Brazilians and four American instructors, caught a German U-Boat on the surface. The U-Boat engaged the aircraft with its deck gun, and the B-25 crew attacked with depth charges. Three months later, the submarine attacks on Brazilian merchant shipping finally prompted Brazil to declare war on the Axis powers. Four days later, on 26 August, a Brazilian Vultee V-11GB2, serial number 122, flying from Porto Allegre Air Force Base attacked a submarine in the Atlantic. The submarine appeared to be damaged badly, but the Vultee was also seriously hurt by the detonating bombs, and had to divert into Osorio. Two days later, another Vultee attacked a submarine as well. Later, Brazil received much more capable anti-submarine aircraft from the US, including Lockheed A-28s and PV-1s, Douglas B-18Bs, Consolidated PBYs. But early in the submarine war, the unusual Vultee V-11GB2 helped repel the submarine menace. Our drawing shows V- 11GB2 number 122 in its delivery paint scheme, which it presumably still wore during its 1942 attack on the submarine.

In Mexico, U-Boats brazenly sailed all over the Gulf of Mexico in 1942. Six Mexican merchant ships were sunk in that year, from Miami to Veracruz, most within a few miles of the shore. The Fuerza Aérea Mexicana (Mexican Air Force) -FAM- operated a rather small fleet of patrol aircraft, initially consisting mostly of Vought- or Azcarate-built “Corsario” (Corsair) attack aircraft of late-1920s vintage. After the passage of the Lend-Lease Act, the US began to provide some aircraft capable of anti-submarine patrol, including six Vought OS2U Kingfishers. More surprising, though is the use of the North American AT-6B Texan in the patrol role. In May 1942, a group of Mexican pilots traveled to San Antonio, Texas to be trained on the AT-6. In June, the group brought their new mounts to Balbuena Field, Mexico City. After a short training period, on 4 July 1942, three aircraft and crews, led by Major P.A. Luis Noriega Medrano, established a patrol base at Tuxpan, Veracruz. The very next day, Major Noriega spotted the German U-129 while flying AT- 6B number P-80. Noriega attacked using two M-30 one hundred pound bombs. Unfortunately, U-129, which had recently been responsible for the sinking of two Mexican tankers near Veracruz, escaped without serious damage.

Probably the very most unusual anti-submarine aircraft used in Latin America during World War II is also the only one on our list not made in the United States. The Fokker F.XVIII airliner was made in the Netherlands, and had been flying for KNILM Airlines in the Dutch colonies of Aruba and Curacao. In 1940, the airliner had been locally converted as a bomber for the use of the Netherlands West Indies Defense Force by the simple expedient of cutting a hole in the cabin floor through which bombs could be dropped (presumably by hand). To provide bombs (which were unavailable in the Dutch colony), naval shells were converted to serve as depth bombs. The Dutch colonists used the airliner to patrol the waters around the important Dutch refineries and oilfields of Aruba and Curacao. On 16 February, 1942, two German U-Boats attacked shipping and shelled the refinery at Aruba. The F.XVIII was the first Allied patrol plane to reach the area, though any attack made was ineffective, as both submarines escaped undamaged. As always, if any readers can correct or add to any of the information here, especially the colors and markings, please contact the author.