The Logs of Robert C. Forsblade 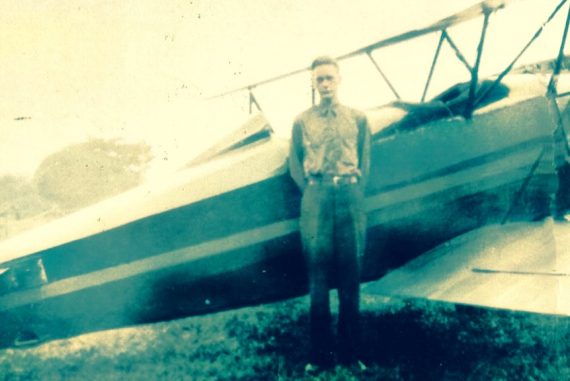 Through the kindness of Dr. Gary Kuhn and Mr. Tulio Soto, both long-time LAAHS members, I received copies of a few of the papers of Robert C. Forsblade, most notably two of his log books compiled when he was flying in Costa Rica and Honduras between 1932 and 1934. Thus, what follows is a brief review on the content of the aforementioned logs, plus commentary on the various historical aspects, as well as abstracts of the federal records of the various airplanes mentioned.

But first, a bit about the man: Robert Carren Forsblade, born at Minneapolis in 1920, Learned to fly in Southern California and,  by 1931, he was residing in Pasadena. His U.S. Transport License No. was 11339, issued in June 1929. On November 25, 1931, Forsblade departed American Airport, in Los Angeles, bound for Costa Rica, where he was issued with a temporary pilot’s license.

By January 1932, Forsblade began a new logbook in which shortly after, the aviator noted that he had been hired by Empresa Nacional de Transportes Aéreos -ENTA- (National Air Transport Company), an airline that had been founded on March 2, 1932, by U.S. citizens C.N. Shelton and William M. Schoenfeldt. ENTA was based at the La Sabana Airport, located a few miles West of downtown San José, the Costa Rican capital. With ENTA, Forsblade first flew a Great Lakes carrying the registration NC846H, which was powered by a potent Cirrus engine. Then, on January 13, 1932, he flew for the first time a Fokker Super Universal, U.S. registration NC8015 (c/n 435). He also managed to fly what he noted down as a Fleet biplane with a Warner engine, U.S. registration NC308E. However, this was actually a Consolidated 14 Husky Junior, c/n 7, built in 1928. (It was a common mistake to confuse the Fleet biplanes with the Huskies!)

Forsblade was next employed and flew for a Honduras-based airline called Empresa Dean. Operating out of Toncontín Airport, in the Honduran capital Tegucigalpa, Empresa Dean was run by Gordon Scholes, Ray Gordon and C.N. Shelton. In addition to their regular and contract work of flying passengers, mail and cargo, Dean had an arrangement with the United Fruit Company -UFCO- to supplement and carry on some of their aerial activities, using UFCO-owned or controlled aircraft. Forsblade began flying for Empresa Dean on April 2, 1933, and over six weeks, he flew the United Fruit’s Fokker Standard Universal, originally registered NC1548 (c/n 420), which the company had acquired in 1928 and had named “Tela”, after the Carribean city and port where the UFCO’s Honduran headquarters was located. It wasn’t until May 18, 1933, that he flew Empresa Dean’s own Fokker Standard Universal, registered NC762Y (c/n 443), which Shelton had just purchased.

Empresa Dean acquired UFCO’s Bellanca CH-300 Pacemaker, registration NC249M (c/n 152), as of September 30, 1931. Forsblade first flew this airplane on July 2, 1933. The airline also got a second Bellanca, a CH-300 Pacemaker seaplane, registration NC250M, around April 1933. This aircraft was converted to a landplane and Forsblade made his initial test flight with it on June 11 of that same year. In fact, Forsblade continued flying both the Fokkers and the two Bellancas, as well as a Waco OEC, registration NC12440, which Empresa Dean had recently acquired, until April 1934, when the airline was absorbed by TACA.

Forsblade was transferred to TACA where, according to his logbook, he began to fly as co-pilot in a Ford 5-AT freighter, Honduran registration XH-TAL, along the “North Coast Run”, the first flight taking place on May 4, 1934. At TACA, Forsblade had the chance to fly another Ford 5-AT registered XH-TAK (c/n 5-AT-39, ex NC9683), and also logged time in the Stinson SM-8 Juniors identified as “TACA No. 6”, “Tincute”, XH-TAA, XH-TAB, XH-TAE, XH-TAF and XH-TAJ.

By June 1939, Forsblade had a total of 6,500 flying hours and held Guatemala Transport License #22, as well as Honduras Transport License #8. A year later, he left TACA and went to New Orleans, where he began to fly for Mid Continent Airlines until 1942. Then he was hired by TWA Airlines, and had his base in Washington. Forsblade, a truly legendary pilot, died peacefully in 2003, and is buried in Raleigh, North Carolina.